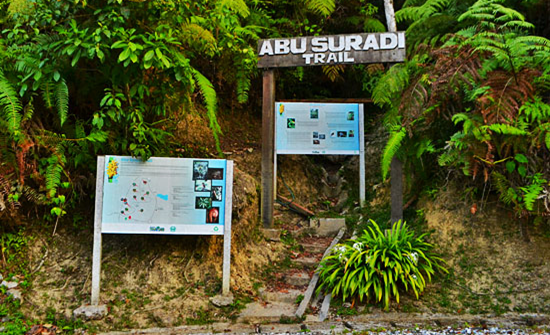 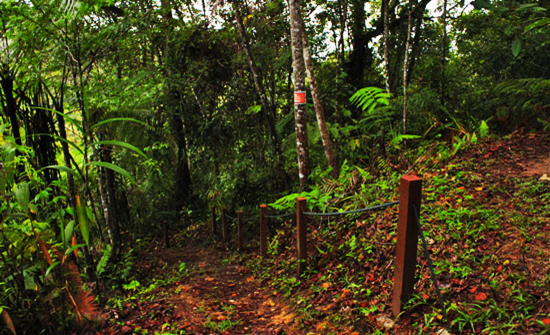 The Abu Suradi Trail is named after Abu bin Suradi, who in November 1899, was the first man and the first Malay to have been issued a mining lease at Pamah Lebar (now a popular nine-hole golf course) the British District Officer and Land Revenue Collector, Raub, F.W Douglas (1899-1900). 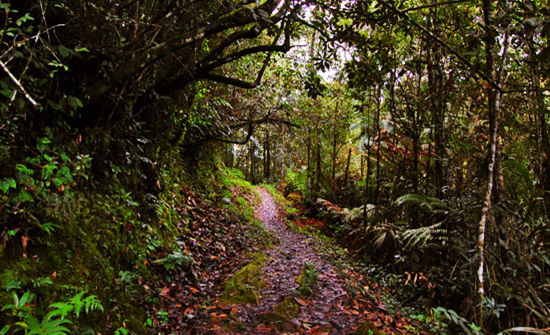 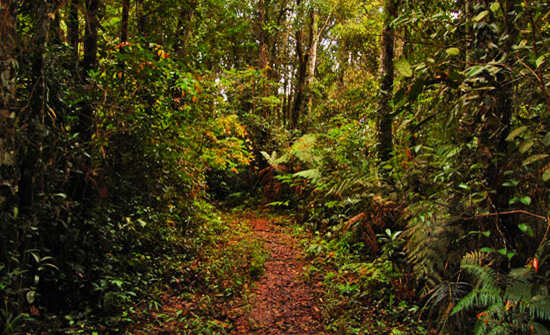 Abu bin Suradi, was believed to be a follower of Tengku Laksamana Alang Shah from Natar, Sumatra who founded Raub in 1882. He took up residence at a site near the present Maybank  Lodge at the tail of Ampang Road and opened a bridle path to connect his thatched abode (built of river sand, crushed clam shells and wild honey) to his mining site at the present ninth fairway. He worked on his mining site for about ten years before the Raub District Officer and Land Revenue Collector, M.D Daly (1908-1910) canceled the lease in 1909 to accommodate the request from Gerald Bowen of the Sempam Mining Company.

Abu’s mining site covered an area of about six acres, stretching from the present eighth tee-box to the bank bordering Parr bungalow (Pekan bungalow). He employed several Chinese laborers from Tras and a few dozen Temuan youths who lived along the Selangor River at Gerichi village, to work on his lease. He sold the crude ore to Louis James Fraser who lived in Tras but frequently came up to the hill to buy tin ore and provide sundries to the local population. 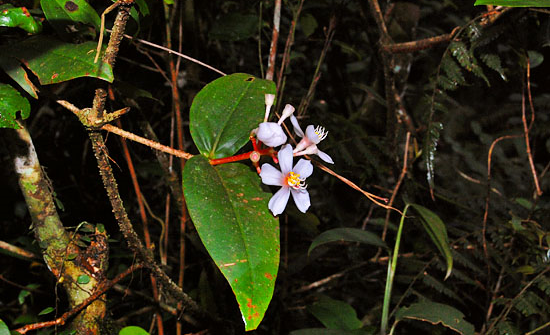 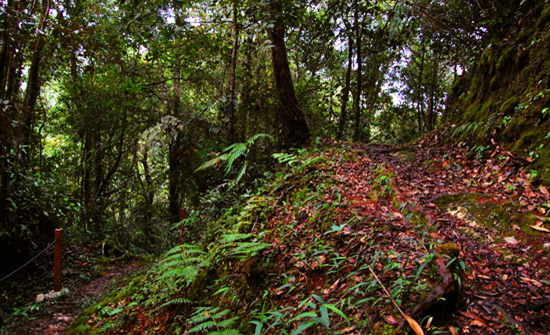 Getting onto the trail from Oleh Sayang at Ampang Road, one will descend a gently sloping and meandering path for about half a kilometer before coming to an abrupt opening at Genting Road opposite the new mosque and the Nature Education Centre. From this point, one can continue to the Hemmant Trail.